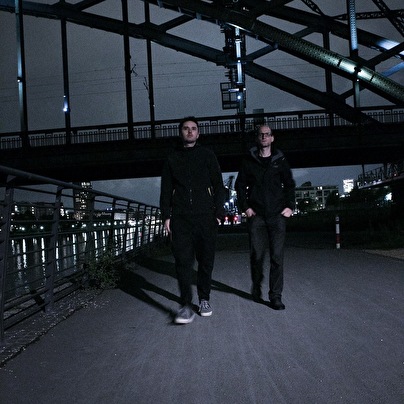 With the beginning of the new millenium the two of them started a musical partnership releasing a track on Marc Acardipane's Resident E CD compilation. This led to the creation of several international releases as "The Emperator & Chromatic" on labels such as the UK Rave collective Crossbones & Phuture Rave Recordings, Lenny Dee's Industrial Strength Records and many others.
At around the same time they mashed up the Hardtechno scene with cutting edge productions on DJ Amok's labels Crowbar & Artillery and DJ Promo's Men In Motion. Their high quality productions cover a wide range of styles from Dark Industrial Hardcore via Doomcore to Hardtechno.

With the beginning of their "Nine Circles" Series around 2015 the duo decided to put their personal alter egos to rest and continue together as Mental Fear Productions only.

Currently they're working on a digital release containing works from 2002 till today, waiting for the much anticipated Nine Circles Part II vinyl release on Hellfire Records and are in preparation for live performances in 2018.