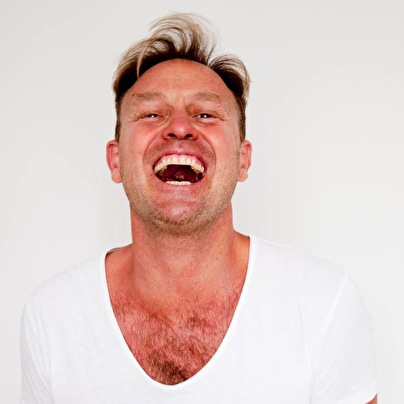 Jason Donovan has proven his enduring appeal as a pop singer and 80s heart-throb as one of the most successful singers in British history with world sales of 13 million albums and four UK No. 1s. Following the release of his second album Between The Lines, he became 1989's biggest selling artist throughout the UK and Europe.

Jason's debut album Ten Good Reasons was the highest selling album of 1989 with sales of 1.5 million and was supported by sell-out shows in the UK, Europe and South-East Asia. The album featured the timeless chart-topping duet Especially For You with Kylie Minogue and a number one with Two Many Broken Hearts.
→ lees meer
Jason Donovan has proven his enduring appeal as a pop singer and 80s heart-throb as one of the most successful singers in British history with world sales of 13 million albums and four UK No. 1s. Following the release of his second album Between The Lines, he became 1989's biggest selling artist throughout the UK and Europe.

Jason's debut album Ten Good Reasons was the highest selling album of 1989 with sales of 1.5 million and was supported by sell-out shows in the UK, Europe and South-East Asia. The album featured the timeless chart-topping duet Especially For You with Kylie Minogue and a number one with Two Many Broken Hearts.

With his version of Sealed With A Kiss in 1989 Jason topped the charts again. Its inclusion on "Let It Be Me' shows how his career has come full circle in the last two decades combining a nod to his 80s heyday with nostalgic pop songs featuring great melodies and lyrics.

Music has always been a driving force for the singer but 'Let It Be Me' is his first album release since 1994's All Around The World and his Greatest Hits in 2006. In 2007, Jason admitted his past struggles with drugs, documented in his frank autobiography Between The Lines, and has given his current work a new dimension.

His surprise Bali marriage in May 2008 to his long-term partner, stage manager Angela Malloch and the birth of his two children, Jemma and Zac, have cemented his personal contentment which he feels reflects in his latest project.

"Becoming a father has driven me and there is a focus to why I'm doing my work. The blonde, blue-eyed kid that was looking for respect in the 80s and 90s has had to go through what I've been through to be able to earn it.

In addition to his musical success, Jason's TV, film and musical theatre work showed his versatility. Away from the spotlight he worked in his native Australia in film projects including his first role as Private Talbot in Blood Oath starring Bryan Brown and Russell Crowe and this was followed by the mini-series Shadows of the Heart and Heroes. His first lead role in a movie came in the 1994 production Rough Diamonds. Robert Osborne of America's Hollywood wrote…."This gent's got major potential. He could easily be the down-under cousin of Robert Redford or Brad Pitt."

He then co-starred in the movie The Last Bullet to coincide with the 50th anniversary of the ending of World War II then alongside Angie Dickinson in the drama The Sun, The Moon, The Stars shot in Dublin in 1995.

But music was always a constant in his career and in particular he shone in his portrayal of Joseph in Andrew Lloyd Webber's production of Joseph and the Amazing Technicolor Dreamcoat at London's Palladium in 1991. The show was a box office smash and had an 18-month sell-out run. It also spawned a number one single and a best-selling soundtrack album.

Jason continued to work constantly in the theatre and in 1996, received more plaudits playing the rogue knight Mordred in the musical Camelot at the Covent Garden Festival.

Then in 1998, he landed another theatrical role as Frank 'N' Furter in a touring version of The Rocky Horror Show: "It was a hard grind and I was on the road for 18 months but that's where I met Angela. She was part of the stage management."

In 2002 Jason moved to Australia so he could star in the series MDA (Medical Defence Associates) playing an attorney for ABC. He also filmed Loot again for ABC playing a forensic accountant to great acclaim:"It re-confirmed to me that when I put my mind to something I could make it happen. I've been 20 years in the business and still working. I must be doing something right."

Jason admits that performing has always been in his blood. He was born into a show business family in Melbourne Australia in 1968 and his good looks and talent made him a natural on Australian TV. He starred in productions such as I Can Jump Puddles, Skyways and Gold Pennies.

His big break came together with co-star Kylie Minogue in the role of Scott Robinson in the primetime soap Neighbours which turned him into an international star. After four years, he had won almost every major Australian award, including Most Popular Actor, and the series went onto to become one of the highest rating shows in the UK.

Once established as a celebrity in this country, Jason went on to have huge chart success under the mentoring of Pete Waterman and the rest, as they say, was pop history.

"For years I felt I wasn't cool enough. That whatever I was involved in didn't deserve respect," he says. "But ultimately it takes something like becoming a father to realise that there is no such thing as being cool. It's just about being yourself. Respect comes with age and I celebrate my place in the 80s. I'm proud of it."

Since returning to the UK, in late 2004 he took the role of Caractacus Potts in Chitty Chitty Bang Bang for six weeks but was so popular, he reprised the role for the show's final two months in 2005. And his appearance in ITV1's I'm A Celebrity in autumn of 2006 confirmed that he was back on the radar again. He came third after David Gest and eventual winner Matt Willis but it proved that there were still many Jason Donovan fans out there.

Since then he has been on screens in ITV1's docusoap Echo Beach and now has a networked radio show on the Heart network on Sunday evenings. "People re-discovered me on I'm A Celebrity. They've always been affectionate towards me in this country. There's a cause for celebration that I can still go out there and sing my songs. I feel more confident as a singer than I've ever been. It's a good place I'm sitting at."

March 2009 saw Jason take up the role of 'Tick' in 'Priscilla Queen of the Desert' which has been a massive box office success in London's West End.

After ending an 18 month run in Priscilla in June, Jason then went to Australia to rediscover his roots for BBC TV programme, 'Who Do You Think You Are'.
His new album, 'Soundtrack of the 80s', Jason's own tribute to great 80s music, is out on Universal Records on 11th October and in November, will be taking up the role of The Artilleryman in Jeff Wayne's War of The Worlds European Tour.