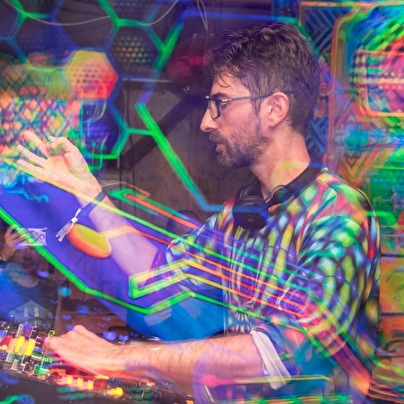 Upon moving to the U.S., Maxx joined the pioneering trance music collective and record store – The Ion Exchange in Santa Cruz - as co-owner and resident DJ. Maxx moved onto DJ'ing in San Francisco, playing for all the Bay Area's trance venues including the trance collective CCC. He also performed at all the underground warehouse and outdoor events in Northern California. Max quickly gained respect for his stomping deep psychedelic sets. At this time he also toured Canada and other cities in the USA.

In 2000, Max formed the seminal San Francisco trance project BIODEGRADABLE with Samy Guediche of CPU, and Nicolas Oesch of Mekkanikka. In 2001, they released their album Phaser which received great success at the time in the psychedelic scene and became a springboard for all members to launch their successful solo projects.

In 2001, Max joined up with Davina Elmosnino and formed the trance project Sirius Isness. Sirius Isness went on to release more than 150 tracks on prestigious trance labels. Sirius releases 3 full length albums "Resolution of Duality, Breaking the Matrix, Trancefusion" and 1 compilation. The first album was released on Moon Spirits records in 2004, the second on Mind Control Records in 2005, and the third was released in 2006 on Phantasm records, accompanied by their compilation, Mind Your Own Isness. Sirius Isness has traveled to almost every country where trance parties happen. Their most popular destinations are Japan, Brazil, Mexico, Portugal, Greece, Australia to name a few.

Max, then started in his solo project in 2007- MAD MAXX- the result of years of hard work, perfecting a unique sound, embodying all the travels, experiences and parties of the past 20 years. The music is a mix of trance, ethnic and deep sounds, with a strong kick and ominous bass line, an electro touch, emotional chants, and at times nostalgic atmospheres, with a BPM ranging from 138 to 145 in general. All of this sonic mayhem delivered in a whirlwind of psychedelia of course....

Be ready for another mystical journey into the inner self...