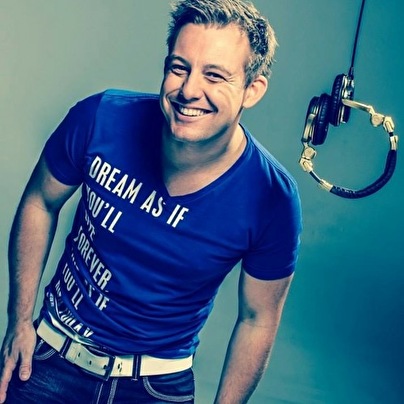 His DJ career took off and very quickly he was playing the biggest Dutch clubs such as Marcanti, Hemkade and Lexion. He evolved him self as an a producer and DJ whilst playing alongside well known DJ's such as Marco V, Cor Fijneman, DJ Jean and DJ Chuckie.
Norbert joined the headliners at the world famous and largest outdoor dance festival 'Dancevalley' together with Ferry Corsten and Paul van Dyk. At the end of 2007, Norbert was recruited by the biggest festival organization in central Europe, ID&T, to be part of the select group of DJ's to perform at the Trance Energy Masterclass alongside Mark Norman, Marcel Woods and Ronald Molendijk.

On the back of these performances he went on to gig together with Hardwell, Nicky Romero, Ummet Ozcan, Judge Jules, Marcel Woods and many others. With all kinds of gigs national and international he has found his way in the professional DJ scene. Because of his years of experience as a DJ, Norbert is frequently asked in all kinds of events, clubs and festivals. There is no style of music or audience, which he can't handle.
Because of Norbert's experience and studies in teaching it was natural for him to start his own DJ School. He started the official Pioneer DJ School, which had an exclusive partnership with Pioneer DJ. As a spokesman for Pioneer DJ he performed and gave a lot of DJ lectures and workshops at many Pioneer DJ events, such as the Amsterdam Dance Event (ADE). This is one of the biggest DJ and Producer network events in the world which all the biggest international DJ's and producers are part of. He worked there together with Carl Cox, Miss Nine and Laidback Luke.

After the success of the Pioneer DJ School he wanted to do something, which had more possibilities besides the Pioneer DJ brand. So he co-founded International DJ College (IDJ College) where he now teaches all different kinds of beginner and advanced DJ's and producers. He is also one of the few officially certified Ableton Trainers.

Norbert de Bot has also sat as a Jury member on many of the Netherlands DJ competitions. One of his qualities is that he really can notice when a talented DJ / producer has the potential to become a great. One of the biggest competitions he was part of was the SEAT NEXT DJ competition, where he completed a panel of judges together with Armin van Buuren, Dennis Ruyer (Radio 538) and Ruben de Ronde (Armada).

Beside his career as a DJ he also has set his name as a producer. He has released his productions on all the major download portals as Itunes and Beatport. With his track Dalbello and Love Festival he also reached the nr 1 position in the charts and got big supports from many DJ's. Together Quino du Breuil he forms the duo DEEZ2. They made a lot of remixes for Sam Smith, Avicii and also The New Division. Every week they present there radioshow DEEZ2WORLDS on DeepFM. With approximately 10.000 listeners they are booking many success with their shows.

Keep your eyes and ears focussed on NORBERT DE BOT!