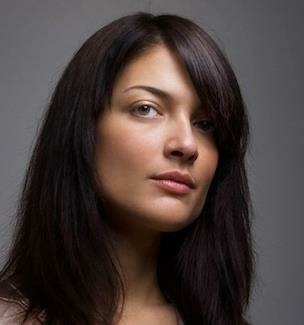 Her connection with the Dutch organization Electronation took her dj career a few steps further. She played in several famous clubs in The Netherlands and established her name at Dutch festivals like Awakenings, Lowlands, Noorderslag, FFWD Dance-parade, Dance Valley, Solar etc.

Autumn '04 created the Monica Electronica-buzz internationally and she started to travel around to spin the wheels with gigs in seventeen different counties. Her first international booking started in China Shanghai, followed by Israel, Belgium, Germany, Dubai, Luxembourg, England, Scotland, Turkey, Switzerland, Italy, France, Greece, Sweden, Canada, United states and in June '05 she made her first tour through Russia and traveled from Moscow to Siberia.
She made her appearance at International festivals such as Valsinestra weeks, Switserland, FortDance St. Petersburg, Fabrica Europe Festival, Florence and played in clubs like Tresor Berlin, Gaudiclub Moscow and Supermarket Zurich.

December of '05, she was selected with 29 other talented musicians, producers and dj's from all over the world to join the Redbull Music Academy in Seattle, USA. A live-time experience and a learning period where she had the chance to upgrade her dj and producing skills.

Especially in Belgium there is a mutual affection. As it is one of her favorite places to be, during her residency at club Petrol in Antwerp, she made appearances at festivals like 10 days off, Groovecity, Tomorrowland, Pukkelpop and I love Techno.

Next to her solo career, she joined forces together with dj Josz Lebon and operate by the name: 'Infamous Mudclub'. This collaboration has led to resident nights at Club 11, Amsterdam, Petrol in Antwerp, Plan-2 in Eindhoven and Rotown in Rotterdam, and their music productions with a first release called: 'Bootsjunge' on the 10daysoff vinyl compilation (Play out!)

Monica has an opinioned way of selecting and bringing her music, both crowd teaser and pleaser combining Electro, Minimal and Techno.