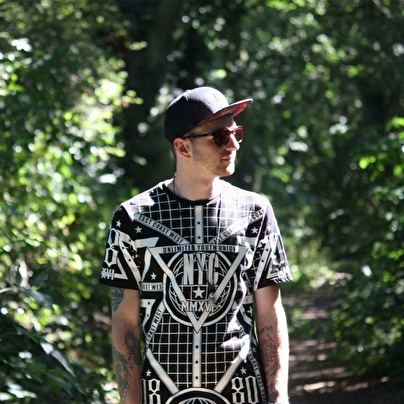 In the brief year and a half since he first started mixing Fluoresce has already made some solid claims to the scene, supporting the likes of Muzzy, Drumsound & Bassline Smith, Kenny Ken, Bladerunner amongst a host of other established names. You can be sure to catch him dancing around just as much as the crowd behind the decks with his signature blend of new, vibrant styled tracks and renowned classics. During March this year, Fluoresce's first release - a collaborative track entitled 'Liminality' was released on a VA LP through Lost Recordings, be sure to keep an eye and ear open or you may miss a lot of activity from this guy in the near future.