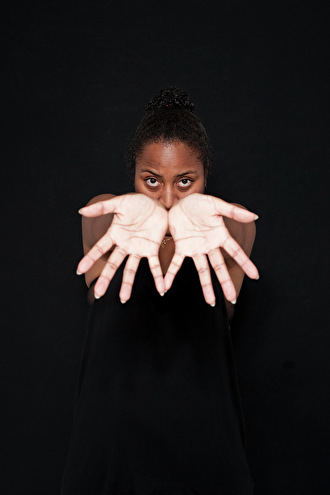 While being active from a young age as a dancer for many years in different styles, coaching a Streetdance Demoteam and teaching Aerobics, even worked as a (children's) hotel entertainer on Mallorca and playing in the hotel disco, music has always been a part of her life.
Growing up during the best times of electronic dance music in the eighties and nineties was like being in a candy store. From the early Techno, Jungle, Drum'n'Bass and Rave through Euro House and Club House, Trance and Hardcore/Gabber, she followed the tracks and styles that suited her energetic personality the best. That meant frequently listening to the charts, recording them on cassettes, following radiostations and later on going to the recordstore every Saturday searching, listening and buying the latest cd's. At that time she already could find the gems other people didn't know about of or couldn't get hold on for their DJ sets or collections.
Since her teenage years, Debra is a well known face at local clubs and even nationwide danceparties and events, always dancing in front with the biggest smile and lots of bubbly energy. For a lot of years her friends were "nagging" and people around her were continuously asking her why she didn't start to start as a DJ herself because of her musicality and rhythm.
To stop all the "whining" for once and for all and as the real Capricorn that she is, Debra decided in 2017 to make it a personal goal to explore more from the other side of the deck. With her sets she tries to give the audience a spark of her energy and enthusiasm for those special tracks that exist. Doesn't matter if they are the classics, the remixes or the brand new tracks. But she loves the most unconventional. She thinks outside the box and plays her sets in that way. But most of all, she wants to give people the best feeling, a good time and learn them also to explore more.

Style: Mix of old school and newer tracks in (Dark) Techno / Industrial / Acid / EBM / Breakbeat and Early Rave with a range from 135 up to 155 BPM. High impact beats, underground and unconventional.