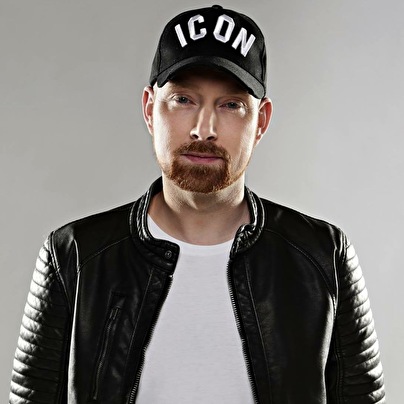 At the age of 6, Jon became the proud owner of his first portable pick-up and radio, spinning the pop legends of old. As soon as he got hold of a cassette deck, he knew he was hooked. Every single song he liked was taped – he made it his sole purpose to find the hottest, most original tracks and play them for his friends and family. And so, the DJ had awoken. After hearing the sounds of Atlantic Ocean's 'Waterfall', a new fascination took over: electronic dance music. The pounding basslines, tight rhythms and mesmerizing melodies of early 90's dance anthems gave him so much energy, he spent all of the hard-earned money from his paper rounds to CD's and singles.

Growing up, music was a part of his daily life, daydreaming in 4-to-4 beats and spending every hour off-school behind his new mixer. Inspired by the father of a good friend, who did drive-in DJ shows, Jon and his friend started a DJ act together. School & company parties, weddings and birthdays were part of Jon's every weekend – the first steps of his life as a DJ. The young boys even managed to build their own strobes and disco lighting. No wonder Jon became the resident DJ at his favorite holiday spot, a camping site close to Utrecht – showing the teenagers and holiday makers what sounds they should dance to. Aside from attracting one summer love after the next, there was another plus to this residency – it taught him the basics of the DJ trade. When Jon became of age and needed to focus on his studies, his young DJ career faded to the background – but his love for music never did. He became an entrepreneur and built his own, successful company, going strong for 10 years already. But some things can't be tamed. The DJ life found its way back in a most unexpected way. After a heavy car accident, Jon ended up with a whiplash. Struggling, it was a life coach who let him face an important question: what's the one thing that drives you? It didn't take long for Jon to find an answer to that. It's music that fuels his fire, lights his soul and brings him joy. Jon took a DJ course to freshen his techniques, learned the tricks of FL Studio and committed himself to build his DJ and producer career once again – a lifetime later, but with the same stamina and devotion.

Today, we find Jon Costa chasing his dream. With upcoming gigs at Club NL in Amsterdam, Amersfoort, Rotterdam an original track in the making and that ever-present drive to find the right tunes for his sets, he's well on his way up. This guy's ready to meet the world and become the DJ he's always meant to be, one gig at a time. Keep an eye out for Jon Costa, you'll be hearing from him soon.