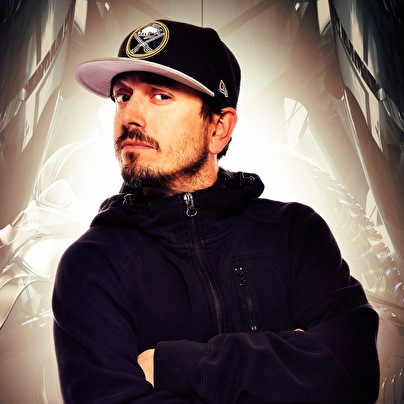 Steve Blakley, aka Fury, has been a DJ and promoter in the electronic music scene for close to two decades. As a pro snowboarder in the early 1990's, Blakley was able to put his earnings to use as a rave promoter in Denver. Never one to be just a spectator, he bought his own set of turntables and submerged himself in the hardcore techno sound. As the genre evolved, it transformed into jungle and Blakley became known as Denver's, "King of Jungle."

As Fury, Blakley kept a rigorous travel itinerary, rinsing out high profile venues from coast to coast. Despite this packed schedule, Blakley continued to expand the Denver's growing dance music community from the event production side. The hugely successful Rewind and Reload event series pulled in thousands of Drum & Bass enthusiasts from all over the world, and the weekly series Breakdown Thursdays became one of the longest running electronic music nights in the nation.

Today regular Reload events continue to elevate Denver's bass music scene, and Blakley produces a new weekly at Rolling Stone's #1 club in the US- Beta Nightclub, entitled Bassic Fridays. In addition Fury has become a regular at many of the nation's biggest festivals including EDC Las Vegas, Paradiso, Global Dance Festival and Nocturnal Wonderland. As an Insomniac & Bassrush resident, you are sure to see him soon at an upcoming show.

Blakley is president and founder of internationally acclaimed The Firm Graphics, which he built built from the ground up to become one of the most influential design companies in EDM; catering to high profile clients such as Insomniac (EDC, Beyond Wonderland), V2 Presents, USC Events, Madison House Presents and Beta Nightclub. If you've seen a promotion for any large scale festival-style electronic music event in the past 10 years, it's a safe bet that Steve has had a hand in its design.

Throughout his career Steve Blakely has worn many hats, but underlying it all is a fierce entrepreneurial spirit, a strong work ethic and a love for Drum & Bass.