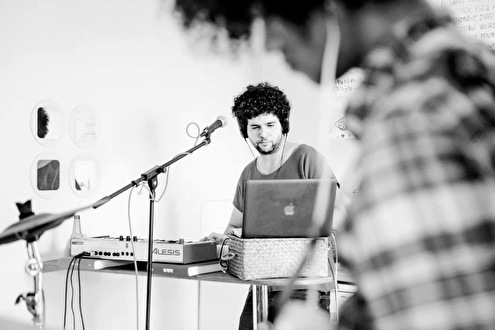 Music producer since 1996, Gabo Lora started spinning in New York in 2005, debuting as a DJ at Club Midway.
He founded Stereoptico.com in 2006, the first Dominican electronic music netlabel, at which he is currently active as producer.

He won 1st prize for Best Deejay Mix at Rockstar Games' Upload4 Mix Competition in 2005, with his mix "Chilled Sourcream".
He was keyboardist for the internationally acclaimed Dominican band Rita Indiana y Los Misterios, as well as for the Dominican dub band Ganja Beat.

Gabo Lora has also worked as events promoter and DJ, with big support from his friends at 809k.com, the most important electronic music protal in the Dominican Republic.

He now lives in Paris.