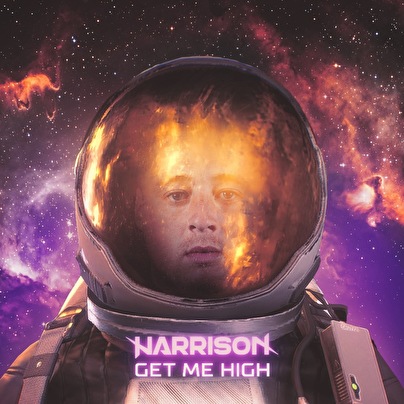 British artist Harrison delivers his next hit with "Get Me High" on November 13th, 2020 via Virgin Records Germany. After the enormous success of the Juice WRLD cover "Lucid Dreams", which was released on 2nd October and received more than 3 million streams on Spotify in the first 4 weeks of release, "Get Me High" is a similarly high energy dance track. The single describes the process of letting go and focuses on the difficult but decisive words of a break-up: I don't love you / not like I used to / I don't love you / You know that I can't.

Breaking through in 2013 following a collaboration with David Guetta and Glowinthedark, Harrison has since established himself as a well respected producers in dance music. Picking up support from the biggest names in dance music, including Tiësto, Avicii, Dimitri Vegas & Like Mike and Radio 1's Danny Howard, Harrison's strong musical identity continues to push his career forward. He has previously worked with artists that include Alok, Steve Aoki, Dannic, Thomas Gold, Knife Party and Hardwell, cultivating a reputation as one of the scene's most in-demand producers.

His recent releases with Virgin Records Germany were also followed by some milestones, including plays on Kiss FM and MTV in the UK for his single "Praise You".

In the impressively animated music video for "Get Me High", Harrison seeks happiness in the distance. He takes the listeners on a journey through the galaxy and the depths of his own emotional world at the end of a relationship.