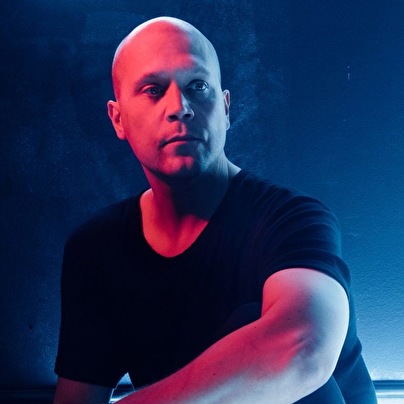 Hello Henri, how are you? Where are you in the world currently?
Hey hey! I'm at Helsinki airport at the moment, having a breakfast and waiting for my flight towards Montreal.

How was the recent Replug Recs event at Club NL during Amsterdam Dance Event and what are your expectations of your return there on 16 November?
The label party went great. We got lots of positive feedback and It seems like we had DJs in the line up whom people had wanted to hear for a long time and was able to do it now for the first time. So it was pretty much full house and the vibe was excellent.
I've always liked ClubNL for its intimacy, atmosphere and friendly staff so definitely looking forward playing there once again

Please tell our readers a bit about Replug Records. What are the challenges of running
a digital label in 2019?
I launched the label back in 2009. My first initial thought was to pretty much only release my own music, whenever I wanted.
However it all expanded very quickly to releasing other producers music as well.

I wasn't too active (maybe 2-3 releases/year only) with the label until 2015-16 due to lack of time. I had this guy Dan (Orsen) for whom I had made mastering through out the years and eventually met in Austria when I was playing there.
We had a chat and he suggested that he could start helping me out with the label. Dan, apart from being a great friend , has been a tremendous help taking the label up to new heights. I think we make a great team and now the label is doing better than ever before.
The main challenge running a label now days, especially for new labels is to get notified. There's so many labels around and so much music released.

You are travelling a lot as a DJ, including a tour in Canada in November and many
other destinations. What have the shows been like recently?
So many good shows this year. Argentina is always special, also had some very good ones in Australia and Europe.
I'm particulary happy how the "10 Years Of Replug" events we've had around the globe worked out.

DJs seem to travel more than flight attendants and pilots these days. Please tell the
readers what life on the road is like, how do you cope with all the airports and hotels
and getting to gigs on time?
I kind of go into an automatic robot mode now days when travelling. I avoid stressing out too much and just go with the flow until I've reached the destination. I've been very lucky with not missing pretty much any flights nor nearly never had to deal delayed flights that would have made me miss gigs. There's been close calls I assume, but nothing too bad.
Meeting up with new people and old friends around the globe is always great and exciting, however things can get quite lonely when stuck in hotel rooms.

What have been your highlights of the summer and autumn in terms of festivals and
clubs? Where are the best places to play?
As mentioned, playing in South America, especially Argentina, are always the highlights of the year due to the passionate crowd over there.

How do you juggle productions and DJing in terms of making time to get in the studio?
Especially after longer tours when hitting the studio again it takes usually quite a few days for me to get into the production flow. I also do a lot of masterings, so work tend to pile up when back from a few weeks on the road.

Tell us a bit about your new release entitled Ten, which features a hot Nick Muir remix. What are the reactions so far please?
We had this idea with Orsen to do something a bit special that marks the labels 10 year anniversary. So we decided to go ahead and produce a few tracks together and initially named the one that we felt was the strongest of them as "Ten".

Both Nick Muir and Barry Jamieson delivered excellent remixes. They differ and complements each very nicely and reached a wide audience, not just progressive house fans.
We're really happy to see people liked the release, the original hit Beaport's progressive top 100 in just a few days after its release.

Please can you share any amusing or funny stories of life on the road and in the clubs?
Many years ago when I was playing in Beirut some guy came and asked if I could play a certain track from Tiësto, my reply was that I don't play that type of stuff. After a while he came back and asked if I possibly could download that particular track (he most probably noticed I was playing with a laptop) and then play it, my reply was the same as the first time . After some time, he came back for the 3rd time and said that he had downloaded the track on his phone and if I could connect the phone to the mixer and play it from there, my reply was obviously the same as the two first times, He got quite pissed. This shows how relentless some people can be when it comes to track/music requests.

Finally, what's on the horizon for you as an artist we move towards 2020?
Working on a remix for Einmusik and also for Barry Jamieson. Collaboration wise I'm working on something nice with Dmitry Molosh and surely next year we'll see another collaboration together with Orsen.
I have quite a lot of finished material, just need to figure out what to do with them, so a few EPs around the corner on Replug and maybe some other label/s.
Other than that, I'm looking forward to see what next year brings touring wise and how we could grow the label even more when it comes to quality releases and label events around the world.