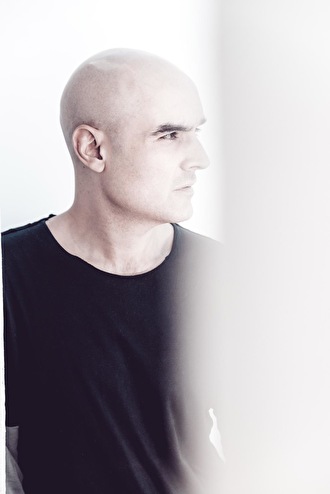 In 2006 he launched Mindshake, conceived as a platform for the creation and distribution of electronic music. Over the past few years, Mindshake has become one of the most important techno labels in the US and Europe. Also in 2006, Paco founded a club with a fresh concept, Club4, which has established itself as the overwhelming choice for its variety and accessibility in electronic music offerings.
Throughout his career Paco has performed at clubs, parties and festivals of great prestige. The list of events in which he has played is endless, and is one where quality is more important than quantity. From Fabric London to WOMB Tokyo, passing through Space NYC, Space Miami, Verboten New York, Watergate Berlin and Electric Brixton London. Meanwhile, Sónar, Awakenings, Dockyard, ADE, Neopop, BPM, Electric Zoo, Movement Detroit, Time Warp and Tomorrowland are some of the many festivals he has played.

From 2012 to 2014 he was resident for Richie Hawtin's ENTER, appearing not only at Space Ibiza but also in its tour around the world. In 2015 Paco Osuna became part of Music On, joining Marco Carola in residencies at Amnesia Ibiza and the Story club in Miami, as well as the emblematic parties during BPM Mexico. In 2016 he was selected to be ambassador of PLAYdifferently Model1, a distinction also received by Loco Dice, Chris Liebing, Dubfire and, of course, Richie Hawtin. 2016 was also an important year for the Mindshake showcases, in which Paco participated alongside other label producers with tours taking in European and American stages, including events such as the Miami Music Week and ADE Amsterdam. The Mindshake showcases are both an extension of the musical and artistic vision of Paco and a family celebration, where the main goal is to create an unforgettable musical experience.

In the studio, Paco Osuna has moulded his own musical signature, coating the purest techno sounds with his characteristic features: depth, darkness and imagination, always accentuated by his creativity and innovation. Proof of that are his releases on labels such as Plus8, Minus, Mood, Spectral and Hommage, plus productions for his own platform Mindshake.

With a long career and background, Paco has picked up several prizes for his hard work on and off the stage, receiving the awards for Best Artist, Best Techno DJ, Best Producer and Best Remix from the Vicious Awards and DJ Mag Spain.

During 2016 Paco Osuna will extend the journey that has led him be the artist that he is today. This year, his residencies with Music On Ibiza and Miami will continue, while he will also still be focusing his energy on his main project Mindshake, a label that will end this year having published more than 45 works since its conception.