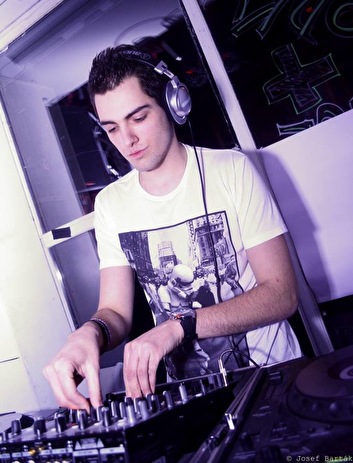 As time passed, he decided to get into the trance making process aswell and he got himself his first software program - FL Studio. For now, he is more concentrated on DJing than on producing, as he doesn't have the time for studio work now, but he also spends sleepless nights, working on new tracks, projects, and his mashups are showing that his hard work surely pays off! In Proggy's sets, you can mostly hear racy progressive trance, which always crosses into a bit harder tech-trance, but sometimes, you can even hear some beautiful uplifting or classic melodies from this guy!

He had already played on several occasions. For example in clubs like "ILUSSION" (Prague), "S-CUBE" (Olomouc), "PH+" or "DANCE CLUB 28" (Pilsen), "MECCA" (Prague), where he performed next to names likes MARK SHERRY, ESTIVA, WEZZ DEVALL, JORN VAN DEYNHOVEN, MATT BUKOWSKI, FISHERMAN & HAWKINS. Amongs that, Proggy performed on many more gigs in different big towns in Czech Republic, for example on the massive SUN Festival in 2013. On these events, he played next to DJ's like: "THOMAS COASTLINE, SHATO & PAUL ROCKSEEK, MICHAEL C, RICHARD REYNOLDS, and many more!

ProggyBoy is becoming more and more known, thanks to his promising mashups! His mashed works are supported by various DJ's, which play them in their live sets or in their radioshows. Proggy also had many guestmixes on different radios for different DJ's and all of these mixes met with a great enthusiasm from radio listeners as well from the DJ's.