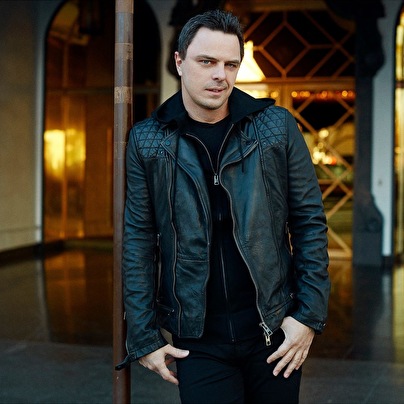 His floor-bound adventures have met with equal acclaim. Through his effortless audience affinity, flawless mixing, instinctive tune selection and now famous, stylistically vast open-till-close sets, he has wowed crowds in every major city on Earth. Markus has scaled the upper reaches of the world's DJ rankings and charts; is a two-time winner of DJ Times' America's Best DJ crown and has drawn acclaim from every electronic music portal & press outlet on the planet. A regular fixture at the world's biggest & most famous clubs, arenas and festival stages, weekly, he lays down his inimitable musical vision. In Europe, he's floored audiences at events like Transmission, Electronic Family, Nature One and Dance Valley. He's creamed Creamfields; gridlocked Global Gatherings and hosted his own stage at Tomorrowland. Stateside, EDC, Ultra, Nocturnal and numerous others have similarly all felt Schulz pressure. His legendary open-till-close sets, at spots like Space, Miami, LA's Avalon, Stereo, Montreal, Amnesia, Ibiza and his International Residency at Ministry Of Sound have become rites of passage for music lovers around the world.

His most recent album 'Watch The World' (his sixth) included the Beatport #1 hit 'Destiny' and 'Facedown', his boundary-breaking team-up with Romanian quartet Soundland. Both stylistically and artistically, the album was a significant departure for Schulz. With more of a radio edge, it saw Markus take a lead role in its song writing process for the first time. A commercial and critical hit, 'WTW' reached the #1 position on iTunes' international dance chart. The UK's DJ Mag described it as "ambitious", "expeditionary", and "content-wise, for someone from his 'bloc', without precedent". Giving it their Album of the Month accolade, MIXMAG called it "a work of art". Dancing Astronaut saluted 'Watch The World's "meaningful lyrics played out with live instruments", "that captured his (Markus') authenticity as an artist". Hailing its "impressive vocalists", YourEDM.com summed it up simply as "a monumental release".
Interview
Markus Schulz zijn zevende album "We Are The Light" · 30 oktober 2018
Op 21 oktober lanceerde Markus Schulz zijn zevende album "We Are The Light" Wij spraken met hem tijdens het Amsterdam Dance Event (ADE)
toon alle 5 interviews Hey Markus je was geweldig in Den Bosch,tot snel in Panama
Panama was

Markus schulz is not from USA, there is a mistake

Uitspraak van TranceLover op zondag 6 februari 2011 om 12:14:
Markus schulz is not from USA, there is a mistake