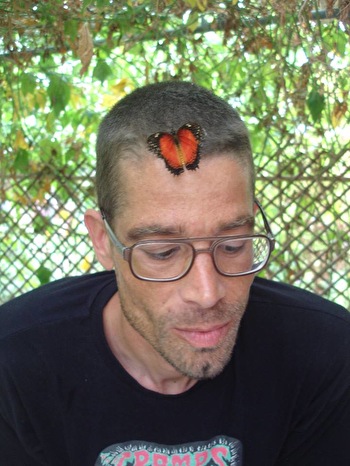 King of glitter Stijn/Sleeze/Sah Selecter was infected with house music in '88 when he got his first turn up the bass record. He learned to play his first sets in Kadance, Tilburg, in the early ninetees. A few years later he and some lobotomized smelly dudes started the infamous WirWar Soundsystem. Expect some dirty disco and raw jacking madness!