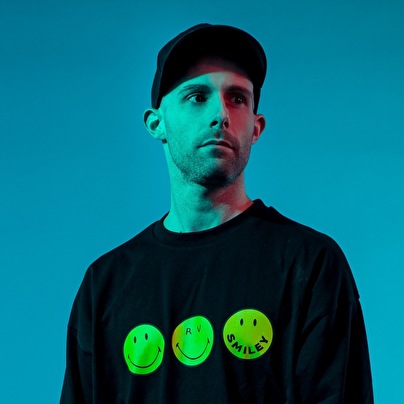 With his earlier hits such as "Formula" and "Syndrome" representing the underground, by the time 2014 rolled around and "Ghetto," "Dismissed" and "Level" were released, Delete was hurled into Hardstyle's stratosphere. Following up his immense success in 2014, Ryan went on to unleash several bomb-like productions including "Just Do It," "Funk," "The Truth" alongside Warface and most recently "Dismissed Again." Boasting a unique signature sound that pushes the confines of conventional raw Hardstyle, Delete's productions can best be described as rough and hard, yet sophisticated and inventive.

Proving himself as a force to be reckoned with, Delete's original approach to the genre was celebrated amongst the scene, gaining him spots on line-ups for elite events such as Defqon.1, Q-BASE, Dominator, Masters of Hardcore, Hard Bass and Supremacy, where he unveiled his critically acclaimed Delete VIP project. Delete has also infected crowds worldwide during his performances abroad in Italy, Switzerland, France, Australia, United Kingdom, Sweden, Finland, Estonia, Norway, Germany and Spain.

So, what's next for this Aussie sensation? Aside from recently signing to End Of Line Recordings, Delete is busy in the lab cooking up some new experiments to tantalise your eardrums and is ready to destroy every venue in sight! When are you coming to Holland?!

Finally his well deserved first booking in the Netherlands!

You ruined the Maassilo @ Loudness

It's so gooooood at splinter toghether whit thera

Your productions are fucking beast! Love it!

Hero, you need to come to holland

Love your style man!!! One of my favorite producers atm

After Loudness he's got a new Fan!!!