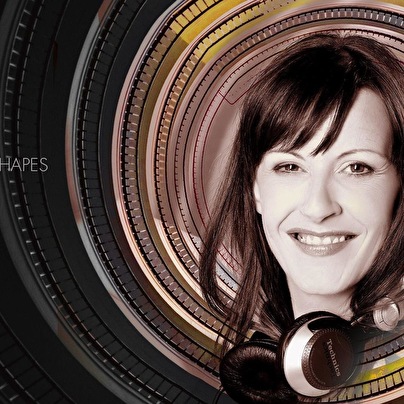 She has toured the world over and continues to enthral crowds wherever she goes and has also linked with other like-minded female drum & bass artists to form Feline. Recipient of the best female DJ award 4 years running from 2009 - 2012 at the National Drum and Bass Awards, Storm's powerful and professional style remains a strong favourite with true Drum and Bass fans around the world.

With a reputation stretching back to the foundations of drum & bass, Storm's early career was built alongside that of her great friend and DJ partner, Kemistry. Sharing a passion for music and clubbing, they were inspired by the emerging breakbeat sound championed by the likes of Fabio and Grooverider at legendary club night Rage. Determined to become involved in this new and exciting scene, they set out on a path to become DJs and bought their first decks together in October 1991. Around this time they met an aspiring young artist by the name of Goldie and began a regular show on London pirate Touchdown FM, with Goldie host- ing on the mic for the two upcoming DJs. In 1994, Goldie founded Metalheadz with Kemistry & Storm at the core: recruiting new artists, building it's reputation through press and promotion as well as representing as the label's Blue Note residency.

The duo became highly respected as DJs through their hard work, determination, respect and kindness, and of course their skills. They travelled across the UK and Europe and further afield with visits to Australia, New Zealand, Japan and the USA among others. Frequently playing in Germany, the girls really felt a strong connection there and in 1998 released a high profile mix CD through German label !K7. Their 'DJ-Kicks' mix proved to be one of the most popular in the series but sadly, soon after the promotional tour for the CD ended and at the height of their career, the girls were involved in a motorway accident and Kemis- try was tragically lost. Storm carried on with the music beside her, continuing the passion they had shared for drum & bass and leading the way as a role model for aspiring young female artists to break into what is still a male-dominated scene. She has since travelled the world over, with regular appearances taking her everywhere from Norway to New Zealand, and continues to do so whether performing solo or alongside the Feline and Metalheadz crews.

In 2004, Storm helped to set-up the monthly Feline club night at London club Herbal. Bringing together the finest female talent in drum & bass the collective proved that the Feline formula is no gimmick in what is still a male-dominated scene. Storm has also appeared regularly for Red Bull Music Academy, lending her experience to up-and-coming artists and giving presentations at workshops in Sao Paolo, Vienna and Zurich. First and foremost, however, Storm is involved with her longtime affiliate, Metalheadz touring the globe, and hosting the monthly Metalheadz Show on Ministry of Sound Radio from 2010 - 2013.

As a club DJ, Storm continues plays all across Europe and beyond, from Shanghai to Singapore and Glastonbury to Sun and Bass, where she represents her beloved Drum & Bass music with the passion and integrity she has always had and that continues to confirm her as one of the scenes integral guiding lights.