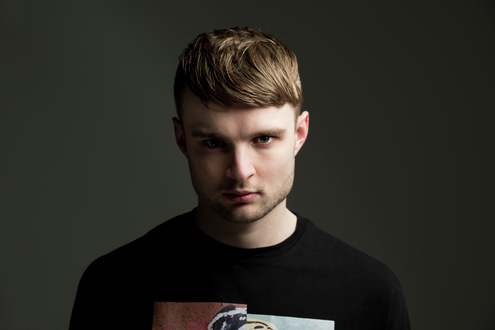 Marco Spronk formed the act Phuture Noize in 2009 with counterpart member Antoine Kraaij with an ultimate mission to showcase his vision of music and broaden the boundaries of conventional raw hardstyle. Being heavily inspired by many genres of electronic music from a young age, Marco's passion for hard dance music sparked into something much bigger than simply listening to it, he had the inner urge to transform his own creativity into music. After putting the hard yards in and spending hours in the studio perfecting his sound, Marco knew that it was time to unleash Phuture Noize to the world in full force, leading to their discovery by Deepack who invited them to release on Hardcopy Records and Dirty Workz Anarchy.

In 2013, Phuture Noize knew that it was time to take their productions to the next level and showcase their vision of music through creating their very first album 'Music Rules The Noize." Being one of the youngest acts to release an album in the history of hardstyle, 'Music Rules The Noize" proved Marco's complex musical intelligence and his knack for sound design. Not only serving as an output of creativity, but this stellar album also secured Phuture Noize on line-ups such as Hard Bass 2014 as a part of Team Red, Defqon.1, The Qontinent, Q-BASE, Loudness, Reverze and many more.As well as a full schedule of performances, pioneering artists such as Digital Punk, Adaro, Ran-D and Deepack gave on-going support to Phuture Noize, proving that his signature sound was on its way to the top.

Only two years after releasing his first album, in 2015 another gem was born. The second album titled 'Phuture Propaganda" showcased an incredible maturity and sophistication, demonstrating just how far Marco's productions had come since releasing 'Music Rules The Noize."With 13 faultless tracks on the album, some of the public's favourites included 'Terrordome," 'Paranoid," 'Robots To The System" and 'Hope" which gave justice to the detailed sound design that Phuture Noize thrives on. As well as several outstanding solo tracks, Phuture Noize also combined forces with some of the biggest names such as Ran-D, Hard Driver, Endymion and Omegatypez which resulted in some of the most legendary collaborations.

At Q-BASE in September 2015, a send-off like no other will be experienced, which will additionally mark some major changes within the act Phuture Noize. Marco Spronk will carry on the Phuture Noize legacy and continue as a solo act. With the music unaffected, the best is yet to come as many fresh, new creations are on their way and ready to tear apart crowds worldwide!

With a new force ready to take on the world and a plethora of amazing new music up his sleeve, Marco will prove that Phuture Noize is on its way to becoming one of tomorrow's pioneers.

Immerse yourselves in the propaganda and prepare for a ride through the phuture.
Nieuws
Phuture Noize Live · 20 januari 2020
SURPRISE! We added a special premiere to the line-up! Phuture Noize, the musical wonder, has been working hard to create a unique and one-of-a-kind experience, which he will display for the first time ever on the REBiRTH Festival Saturday Mainstage! Keep up the good work

To all of our fans, we’d just like to thank you for all of your support over the years, it’s been awesome.­
Over the past few months, we have been reflecting on what’s best for us and our future and unfortunately we have come to the conclusion that our paths have grown too far apart to continue Phuture Noize as a duo.­
Therefore, Marco will continue the Phuture Noize project as a solo act.­
The productions won’t change at all and you can still expect the signature Phuture Noize sound!
A lot of brand new material is in the works and already lying in anticipation to blow you away with the sounds of the “Phuture”.­
Our final performance together as a duo will be at Q-BASE on the 12th of September at the Dirty Workz area, so make sure you are there to give Antoine the best farewell!
Once again, thank you all for your support and understanding and hope to see you soon!
#­phuturenoize x #­future