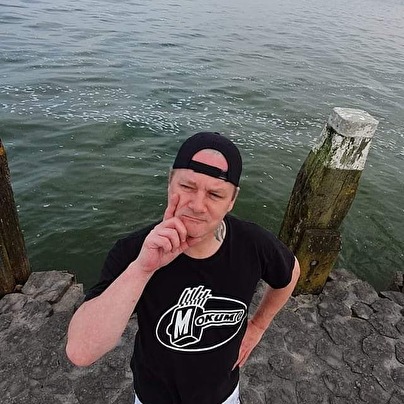 He has been playing Hardcore Gabber since its birth, starting out 1991 in a small club on the Amsterdam red-light district, on this he builds up large multitude fans, and from that moment it goes fast and soon becoming a regular at famous events like Thunderdome, May Day, Nightmare in Rotterdam and was even booked for Scottish events like the massive Rezerection, Mayday in Berlin, Nightmare in Rotterdam 1993, Mayhem and Enchanted in Australia and several more, Thunderdome 1994, 15/20 and 25th years of Thunderdome, Hellraiser in Amsterdam, the biggest club in Europe 'Number One' in Italy, Poland, the United States, Sweden, Switzerland, and the list goes on and on.

This guy has an ambition to visit all the biggest events in every country all over the world, keeping the real hardcore vibe alive!

With huge releases on labels such as Mokum, BZRK, Megarave, Spleen Kick, H2OH recordings, Cenobite, Industrial Strength, Masters of Hardcore, handkcuf records and now running his own label called 'Chosen Few Recordz' with Lady Chosen Few, it is not hard to understand why this guy is one of the hardest act on this planet! The style of Chosen Few is a unique mix of early Hardcore, Gabber Techno, Up-Tempo Hardcore & a strong twist of Drum & Bass. The Name Of The DJ

The Name Of The DJ

die gaat gewoon door met plaatjes maken.­
het lijkt hier wel een hardcore party in huis af en toe.­
At the count of three
I want everybody in the place to be
To make some noise if ya down with me
ONE, TWO, THREE!!!!!!!!!!

Name of the DJ

Name of the DJ

ø Chøsen, Bring That Beat Back, Name Of The DJ

By the count of 3, I wanna everybody scream the name of my DJ

Freedom is what my mother taught me

JD Bookings is hounered to have Chosen Few EXCLUSIVE!
Welcome to the club

I se you in Stockholm 24 janury, will be so nice with a party on homeground

fUCK YOU I WONT DO WHAT YOU TELL ME

name of the Dj

thnx for the new downloadlink

VG!
The lekkerste ! See you next friday at HARDHEID !

please keep on spinning!
yesterday was so focking great!

The name of my DJ