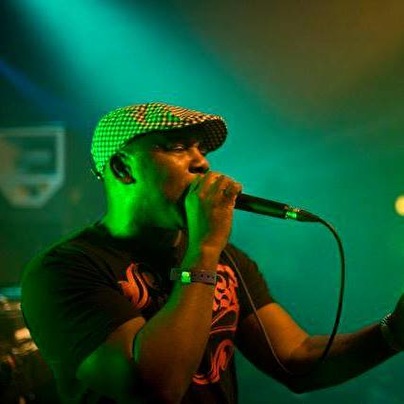 Music has been a big part of GQ's life for as long as he can remember: whether he was listening to his Dad's records or tagging along with his brothers soul & funk system, GQ has always been surrounded by music and always keen to be part of it. At school GQ and friend Det

would freestyle along to beats banged out on their desks: but it was watching his neighbour DJ Ron on the TNT system that influenced him to pick up the mic and it was with his good friend Spoony that he managed to find his own unique sound. These were the solid foundations on which his career was built.

GQ's involvement in music turned professional once good friend Julie Braithwaite introduced him to Acid House in the late 80's. Tunes like Joey Beltram's 'Acid Thunder' and 'Big Fun' got under his skin and over the next two years GQ began to organise a whole host of parties, whilst MC-ing and even DJ-ing at others: from Skitzophrenia at Ilford Palais to the legendary raves at Croland Road, then down to KiKi's in Margate, and back to Clapham Common. Weekends were a string of parties going thru from Friday till Sunday night, rolling with the likes of Frankie Valentine, Rat Pack, Grooverider, Mathew B, Richie Fingers, Frankie Bones, and Tony Trax to mention just a few.

It's important to note that GQ had been in the game for close to five years before jungle let alone drum&bass came about. AWOL was a seminal club in establishing jungle, and it was here that GQ secured a residency at the top of the MC world. Representing alongside DJs such as Mickey Finn, Darren Jay, Randall, Dr S Gachet, Kenny Ken, Fabio, Frost, Grooverider & Ron week in week out, and with the tapes being sold all over the place, the buzz started to build and pandemonium soon followed.

It wasn't long before bookings abroad started flooding in: The AWOL tapes established GQ's name in places he'd never been, and so he was one of the first MCs to work in places as far away as Australia and Toronto. Highlights included playing at the same event as Public Enemy in Toronto with over 5,000 people holding their lighters up; being flown to a rave on an island off the coast of Serbia and a helicopter ride to play to 2,000 people in a warehouse in Australia with Andy C.