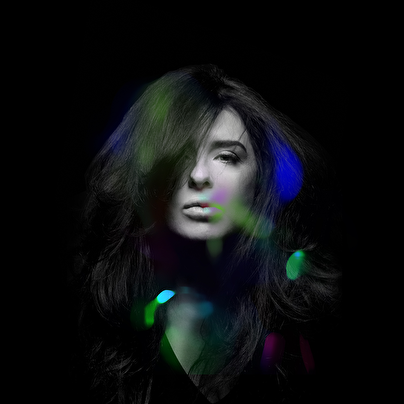 Her history is well documented; raised in Nigeria of Lebanese descent, she moved to London after falling foul of Lebanon's ultra-conservative policies. In London, Nicole began to build the foundations of a career that has touched the lives of hundreds of thousands of people all over the planet. Moving from promoting events, to DJing and production, she immersed herself in the club scene and soon began traveling the world. In the last few years Nicole has circumvented the globe countless times, spreading her contagious energy to dance floors far and wide; from Brazil to Sydney, Montreal to Dubai and everywhere in between. But at the heart of her success is the pain of loss; the death of her father in 2012 - a flashpoint that sent her spiralling, just as her career was on the rise.

Fueled by grief and anger, Nicole threw herself into her work and experienced an unparalleled level of achievement, producing some of her best music and playing some incredible DJ sets. As you will find with much of the world's compelling music, there is often agony and torment at its roots; and, though she did her utmost to suppress those feelings, eventually Nicole crumbled. Since that moment she has been building herself back up, facing up to some deep rooted emotions and beginning to make peace with her past. It's been a turbulent pathway to success but there is no progress without suffering.

No matter where she is - at home with friends, chilling with a loved one or on the decks - Nicole Moudaber is the same person: genuine, compassionate, feisty and as real as can be. Nicole's unfiltered public image and sincerity has created a strong bond between the formidable selector and her fanbase. It's an unspoken level of understanding centred around love, anguish, grief, joy and a myriad of other emotions that come through in Nicole's performances. As an all out dance floor fiend herself, she is primed to cultivate unforgettable memories; thrilling, euphoric and powerful.

That same level of devotion and intuition permeates through everything Nicole Moudaber does; her label Mood Records, her Mood brand of events; MoodRAW (warehouse parties), MoodZONE (festival stages) and MoodDAY (pool parties) catering for a broad demographic of party people, plus her radio show, In The MOOD, which is syndicated across the globe to 80 stations in 50 countries, with over 20 million weekly listeners worldwide. Nicole puts her heart and soul into all aspects of what has become her life's work. Never one to stand still, she is constantly seeking to advance and evolve; to better herself and grow as an artist and a human being, which has produced an ever-growing list of achievements: Best Online Music Show in the 2016 Online Radio Awards, Best Minimal/Techno Track at the International Dance Music Awards in 2012 for her remix of 'Chemistry' by Carl Cox and Best Tech House/Techno Track at the 2016 IDMAs for her rework of 'Give Me Luv' by Alcatraz, features in a wide range of high-profile media outlets including CNN, The New York Times, Rolling Stone and more. She has been profiled by Red Bull on her passion for motorsports, unveiling her double-life as a Professional Race Car Driver - a high-octane hobby that encapsulates Nicole's fearless nature and unerring passion for living life in the fast lane. She compares the concentration needed to stay on the race track, with the singular focus needed for DJing, the two passions feeding into one another.

The incessant fire in her belly has catapulted Nicole into the upper echelons of the electronic music world, where she occupies her own space as head of the Mood empire. The global reach of this brand has led to Nicole curating MoodZONE festival stages at the world's biggest events: Electric Daisy Carnival (New York, Las Vegas & Orlando), California's Escape, and BPM Festival (Mexico & Portugal) joined by friends such as Carl Cox, Sasha, Danny Tenaglia, Chris Liebing, Paco Osuna, Pan-Pot and Dubfire. Aside from her own events, Nicole's relentless touring schedule never ends, delivering her dark, emotive and lascivious blend of techno to clubbing institutions worldwide including Paradise at DC-10 in Ibiza, London superclub fabric, New York's Output, and a range of events hosted by the Ultra family, where Nicole is a regular face on the Resistance stage, headlining across multiple continents including North America, South America, Europe and Asia.

Above all else though, is Nicole's fighting spirit and the desire to use her status to highlight injustice. Nicole's belief in giving a voice to those in need emanates from her core. Her most recent campaign is focused on supporting victims of Female Genital Mutilation (FGM). She launched the charity ELEVEN on International Day of the Girl Child in October 2018. The charity aims to raise funds for Magool, an organisation that provides support to victims and funds volunteers to help prevent the brutal and barbaric practice. Nicole works with the Lower East Side Girls Club in New York, where she has not only mentored young women, giving them the skills and confidence they need to become music producers in their own right, but also furnished them with equipment. She has also given her time to Solving Kids Cancer; an enterprise that has utilised its own research to work on cures for rare forms of cancer. On top of that, Nicole is also an ambassador for the Association For Electronic Music (AFEM), using her position to campaign for positive change in the electronic music industry.

Nicole Moudaber is a speaker of truth, a campaigner for social justice, a lover, warrior, woman - a human being with the darkness and light we all carry within us. Beyond the artist you see on stage, Nicole is instigating change; a leader whose legacy is centred on empowerment, education and social progress…