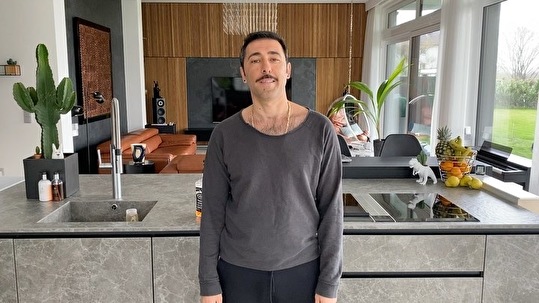 Brought up in Mainz, having to beg, steal and borrow (literally) to get his first set of turntables as a teen, Butch hasn't made it to the top by chance. Realising his love of DJ'ing at the tender age of twelve, he poured his heart and soul into building a life encompassed by music. Beating the odds to get his first sets. Ignoring the knock-backs of the close-knit club scene with a higher goal in mind. No stranger to lengthy days in the studio, he now has one of the most extensive discographies out there.

The diversity in his productions and music collection is what sets Butch apart. The allure of his sets is the unknown. Anything can happen when you least expect it. From eastern inspired psychedelia to pounding prime-time techno, when they step into the club the crowd is at the mercy of one of the industry's most creative selectors. The only thing you can be sure of is the fluidity of his sets. Not one for hard cuts, the music flows with elongated breakdowns and loops that captivate from start to finish.

Butch's ability to master such a broad spectrum of styles earned him the title of Best Producer two years in a row in both Raveline and Groove magazine. An accolade mirrored by his ever-presence in RA's Top Artists. His music has an aim - to soundtrack a trip. Each production is layered with sounds to capture the wandering mind when played on a big sound system. One of his less subtle releases 'Countach' showcases Butch's ability to produce powerful main room grooves, a track reminiscent of 90s German trance that builds in intensity. His gentler side is perfectly displayed in 'Dope', a light-hearted loop with softer sounds, but still up to his usual tricks with the slowly rising crowd noises in the background. The footage of Black Madonna dropping this feel-good tune at Dekmantel 2017 is still doing the rounds on social media, a solid example of the uplifting nature of 'Dope'. 'No Worries' is maybe the biggest ear-worm he's produced to date, with its slightly skewed sample that leaves an imprint on the brain for days - a soulful party staple through and through. And his knack for taking a track and working his magic comes through again in his remix of Cassius (ft. Cat Power and Pharrell Williams) that proved to be a hit.

His exploration into the trippier side of house and techno led him to collaborate with fellow master of the psyche, Riccardo Villalobos. Under the combined alias ButRic, the duo have produced deep, experimental EPs, such as 'Fünfviertal', that lead into a wormhole of warped vocal cuts and tribal drum samples.

Spending a huge part of his career on tour, Butch has continually kept a strong presence in Ibiza playing the likes of Circoloco at DC10 and Pacha. Energetic dance floors that lap up his playful sets. And playing at one of Deutschland's most beloved yet intimate clubs, Robert Johnson, Butch stays true to his German roots, holding his party 'Electric Friday' a couple of times a year in Frankfurt.

Never one to mince his words, one of his latest ventures Butch TV provides an insight into his no-bullshit approach to DJ'ing. Documenting some of his daily ventures and musings with his close friend, the series shows the honest nature of Butch's humour. Not afraid to poke fun at the music scene or reveal the truth behind the gruelling lifestyle of touring. A brief window into Butch's life - with a heavy dose of sarcasm, as always.

17 oktober eindelijk weer in NL!
Check it out...­ Butch in club massa ' eindhoven