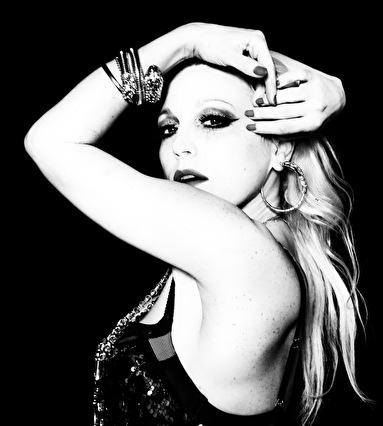 Always different than most, Wannabe A Star collaborated with dancers she knew from the past. 1998 was the beginning of the famous duo Wannabe-a-Star & Miss B-have. When those two stepped behind the decks nobody could predict what was going to happen in the next few hours. At first the audience was puzzled and shocked. Was it a serious DJ set? Or strictly for the underground? Are they professional pole dancers? Or fashion-bitches from hell? The answer for most of the clubbers came when DJ Wannabe a Star started to get deeper into her eclectic music style, while Miss B-have did her parody of a Vegas Showgirl.

Wannabe a Stars mixing skills are flawless, done with the true essence of sensuality. She can play a large variety of music, from hip hop to house, disco to electro, pop to punk rock and back again. 2006 was the year she featured on the tracks 'Your Shit, My Shit' and 'Mighty My' collaborating with Benny Sings, Rednose Distrikt and Miss B-have.

2008 is the year of a new collaboration between her and Edu K. La Star who was a resident at Erwin Olafs Fucque Les Balles, touring circus Club Filth and Booty party Little Sexmachine that was born in 2007 and turned Amsterdams Flex Bar in the hottest place on earth. Little Sexmachine was organized by Meubel Stukken.

Looking for new ways to express herself she came across good friend producer Aka Simon Little (STRFCKR/Nevermindthestars). They hit it off straight away. Recording for a year straight. Perfecting the sound and show for her as a Band-Artist.
Punk meets rock meets pop meets electro. Creating a catchy and dirty sound and a high energy jump around live show as a result. Her show is more a "come together" of different diciplines of art. Not just a sexy stage performance, but also rocking and rolling with a live band and supported by the poppy video images made by VJ Alex Kaseta. She and her band love to dress up in famous Dutch fashion designer Bas Kosters.

On 11-11-11 her debut album finally came out. The videoclip of "Party Party" and "I Need A Man" went on rotation at MTV'S Brand New.
The album received rave reviews in her native Holland, but also got noticed abroad. The Remix Pack "I Need A Man" was heavily supported by people like Stuart Price (Madonna/Killers), Diplo (Major Lazer), Switch, Tommie Sunshine, Claude von Stroke, Brodinski and many many more!

Wannabeastar was featured from feb 2012 each week on national Dutch TV. Where she filmed her private and stage life as part of a documenterystyle soap opera called Connected.

Wannabeastar has toured the festival season of 2012 (dj & live) with Bavaria's "Mess With The DJ" travelling circus. Fall 2012 she has been touring live with travelling festival Popronde all through Holland.

She has been featured in over 50 magazines the past 2 years with interviews, reviews and editorials.