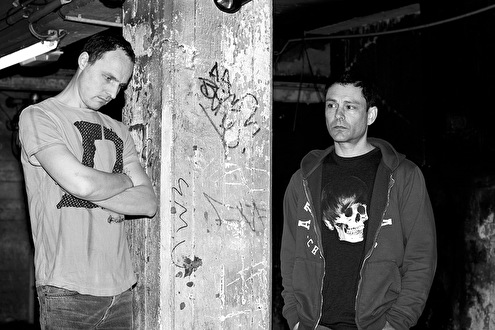 When Jeroen Search and Dimi Angélis play as Counterpart Live they display a rarely matched level of skill and dedication and truly do justice to the word "live" in all of its many aspects. Continual and unplanned musical back and forth stimulation between both artists makes sure not a single Counterpart set is the same. In essence it is a superb jamsession fueled by finely crafted loops, sounds and rhythms that leaves ample room for vital spontaneous creative input. Prime techno meets true funk.

Counterpart's activities have not gone unnoticed and their discography speaks for itself. After having done two releases on Ion as Jeroen Search & Dimi Angélis back in 2004 and another two on Audiosculpture in 2005, their efforts were picked up by none other than Jeff Mills. He liked their work and asked For a release on his 6277 label, a sub-division of the iconic Axis imprint; late 2005 then saw the release of "The Martian Mystique" EP. Releases on Warm Up Records, Kombination Research and M_Rec followed and more new material is planned for the foreseeable future.

A final glance at Counterpart's list of previous performances reflects an international status. Besides Awakenings (Festival), Welcome to the Future, 5 days off and Planet Rose at home, they have also been invited to play at, among others, Rex Club in Paris and both Berghain and Tresor in Berlin.