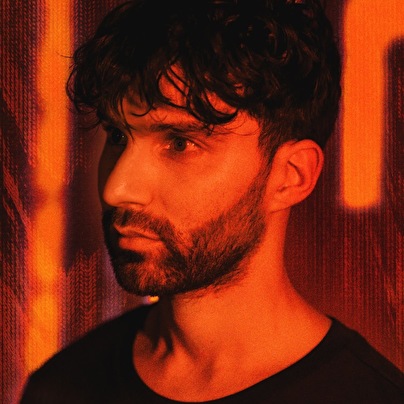 Whilst diving deep into Breda's vibrant nightlife scene, El Ghoul first saw how DJs conquered the dance floor with their spot-on track selection and mixing skills. He bought his first DJ set several months later and put countless hours into mastering the craft, eventually deciding to transition into music production as well. He chose Cubase as his go-to digital audio workstation, sunk his teeth into the program and devoted all of his spare time to becoming a music producer.

In 2007, El Ghoul juggled his final year of college with hosting various dance events in Breda and Etten-Leur. Inspired by those experiences, he decided to fully commit to a career in music after graduation. As fate would have it, Dutch DJ and producer Hardwell lived only a few blocks away, and they had always been on good terms with one another. Their collab, a track called 'Mrkrsft', was El Ghoul's first breakthrough in 2008; the record caught the ear of the industry's most illustrious DJs and was eventually remixed by another acquaintance: Afrojack. El Ghoul would later join Afrojack on tour and released a range of records on his label.

Around the same time, El Ghoul remixed Afrojack, Pitbull and Ne-Yo's 'Give Me Everything', a song that stole the show by becoming the first Dutch #1 record in the U.S. in a long time. El Ghoul's remix got championed by the scene's true tastemakers and led to a surge of remix requests from the likes of Lady Gaga, Jennifer Lopez and Tiësto. El Ghoul has since delivered on remix duty for music icons such as P!nk, Taylor Swift, Madonna, Rihanna, Drake, Coldplay, Calvin Harris, Maroon 5, The Chainsmokers, Bruno Mars and many more.

When El Ghoul parted ways with Spinnin' Records in 2016, he decided to release all of his music on his own label, CYB3RPVNK. Within a year – and without the help of any major record label – he launched his debut album 'Trouble', which racked up over 500 million streams to date. His second album, 'The Wave', followed suit in 2018 by clocking up no less than 350 million streams in a year's time.

In the spring of 2019, El Ghoul unleashed a remake of 'All Around The World (La La La)'. The track, originally released in 2000 by German pop group A Touch Of Class, recaptured its global hit status exactly 19 years after its initial release. The remake became El Ghoul's first official global radio smash. The track gained over 200 million streams on all platforms, sold certified gold and platinum in almost a dozen countries and catapulted him into the Spotify's Top 100 of most streamed artists worldwide.

His next career highlight arrived shortly after. Together with former One Direction frontman ZAYN and U.K. DJ/producer Jungleboi, El Ghoul dropped 'Flames'. The record hit the 6-million-stream mark within a week, became trending on Twitter and secured a spot in 600 Spotify playlists with a combined following of over 30 million dance music enthusiasts.

To date, El Ghoul's creative efforts landed him over two billion Spotify streams, making him the most streamed Dutch artist abroad as well as cementing his name in the global Top 130 of most streamed artists on Spotify.