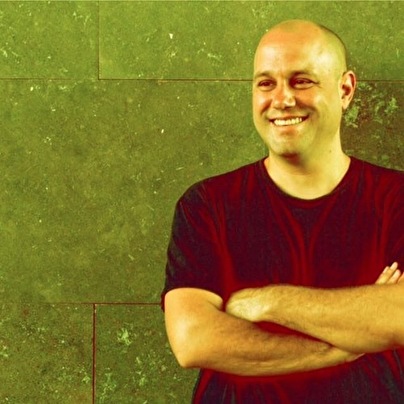 Khan Gourou successfully made it to the top of the local student radio stations at the time.
François then started the band Kungfuckers, producing the CD with the most explicite CD cover in Quebec to date.
He participated in a number of events, one of which being the prestigious international music festival of Victoriaville, featuring the likes of John Zorn, Mike Patton and many other world famous musicians; in which he collaborated with scratch DJ, DJ Pocket, and experimental turntabelist, Martin Tetrault.

The combination of the three styles created a clearly unique and an enthusiastically received performance.
Next came DJ Mutante and Normal Bates' fusion of hip-hop, electro, hardcore, funk, lo-fi etc... forming the band International Al Congnen, which is still active today and presently in the process of finishing their most recent album.

Following the 3 years he spent recording and touring Canada and Europe as the bassist for hardcore punk band Dr Placebo, he bought his first computer and began to explore his fascination with new software technology. Mutante sent his first hardcore techno demo to France, in 2004, produced several tracks for Audiogenic, Kryzalide production and Le Diable au Corps, and later for Canadian Speedcore resistance (DJ Plague), GGM Raw (DJ Smurf), Masters of Speedcore and This is Terror, to name a few. DJ Mutante is presently a member of Neurotik Soundsystem, organizer of Montreal's hardcore underground night at Club Saphir, tours throughout Europe and expects the release of various tracks this year on Alcaloide, Psychik Genocide and other labels.

you shut the fuck up

My neck, my back, lick my pussy and my crack! meesterlijk!

this is the shit!

You shut the fuck up :resect:
Lick my crack

The man is a genious

THIS IS GOING TO MAKE ME FREAK

He has one song on GGM1 (Lick My Crack)
But many songs on CSR and CSR9 is all by Mutante,
so it should also say CSR there.­

Respect for you your very nice

Remix of the nerds

Fuck it all fucking speedterror jonge

My kind of silence, wow, so f*­cking amazing! You should be booked way more often, ridiculous that they still book the same DJ's over and over again instead of an amazing DJ and producer like you.­ Keep up the amazing work!