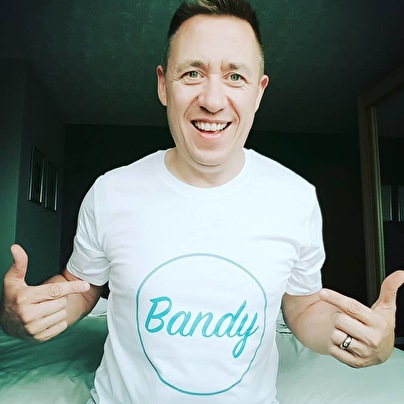 Famed for his trademark and enthusiastic live & DJ sets, K90 has performed at many of the world's premier dance events including 'Godskitchen - Global Gathering', 'Creamfields', 'SW4' and 'Tidy Weekender' series

Credited for his numerous productions, releases and remixes K90 is responsible for creating the clubland phenomenon that is 'Red Snapper', arguably one of the most renowned hard dance tracks ever made! Not content merely with single releases Mark also boasts four artist albums to his already long list of recording achievements including the critically acclaimed 'The Inner Limits', 'Crash' and arguably his best work to date 'Urban Anthems' fuelling the opinion that K90 continues to be one leading authorities in dance music today!

Following on from a long and fruitful relationship with record label 'Recover Records' Mark's love affair with the dance music industry continued to grow with the launch of his own label 'Dataless Recordings' In 2004. Since the launch of the label, Mark has not only released countless singles from his own constantly growing repertoire, but has coached many up and coming producers in an effort to try and help them fulfil their dreams in the world of dance music, just as he has over a glittering and fruitful career.

K90, still a resident in Cambridge, continues to work from his studio at home. "I just couldn't write my music anywhere else" he says "the hustle and bustle of a major city like London would be just to full on for me, artistically that is!' And when asked in a recent interview…"how do you keep up the level of enthusiasm for each event you perform at?" Mark replied with an answer which pretty much sums up the man himself…"When I perform, it's usually the very interaction with the crowd which spurs on my enthusiasm. They feed off my energy and I feed off theirs, it's a two way thing" He continues "On the question of 'do I find it easy to stay enthusiastic for every performance' my answer would simply be this. I have the privilege of playing my music on stages at some of the biggest events here in the UK and around the world. I work every day at a job I love…and I get paid for it! Who wouldn't be enthusiastic"?

2015 saw the launch of Mark's all new K90 'Live' REBOOT project culminating in a selection of 'live' headline performances at some of the UK's largest events and festivals. 2016 sees a continuation of of the 'reboot' process with all the usual K90 magic consisting of brand new tracks, updated remixes of the classics, as well as an all new 21sat century light show and visual experience!