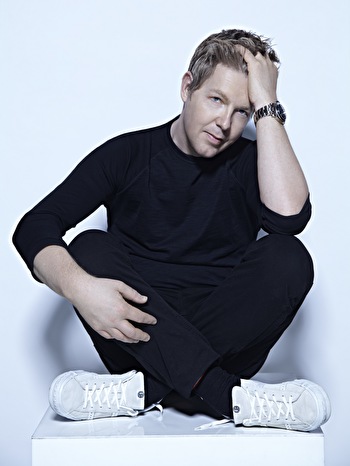 One of the most well-known DJ's in the world, famous for his tireless remix and production work, as well as his long-running association with fellow top-flight Sasha. Beginning DJ'ing in the early 1990's in the company of friends like Fabio and Grooverider, he began to champion the burgeoning progressive house sound, most notably with his residency at Renaissance with Sasha. His partnership with Nick Muir as Bedrock in the early 90's yielded the club hits "For What You Dream Of" and "Set In Stone", and the runaway popularity of his Bedrock Records record label was established with its first release, "Heaven Scent", in late 1999. John continues to remix and produce music while running the Bedrock Records label and a successful weekly radio show on KISS-100 FM in the UK. HE IS THE DJ FOR DJ"­S THE VERY BEST

He's a MASSIVE producer of all times!!!

Om kippenvel van te krijgen!
This triple A rated music gives me goose bumps.
Hope we can enjoy this artist for a long time