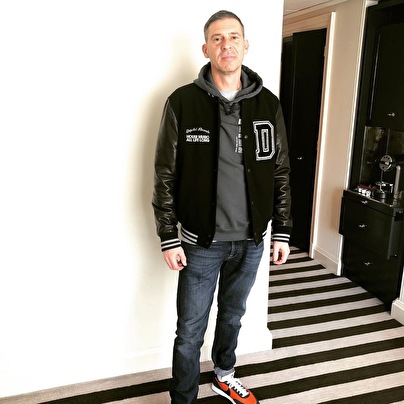 The Shapeshifters (AKA Simon Marlin and his Swedish partner Max Reich) have not only managed to stay relevant throughout the course of their career, but they are on the cusp of some exciting new developments as they reach an impressive 10 years together as one of the UK's most successful ever dance acts. With standout hits including the timeless 'Lola's Theme', 'Back To Basics' and 'Incredible' and remixes for the likes of George Michael, Christina Aguilera, Moby and Natalie Imbruglia, among many others, the duo are stalwarts of British dance culture.

With over twenty years experience each, they have maintained a healthy balance with their music – allied to neither the commercial nor the underground domains (as many of today's acts are) – which has fuelled their success and helped to ensure that they are consistently in demand. In fact, during their entire 10 years together, demand for duo has never waned and this past year has been one of their busiest on record.

Next year will mark a huge milestone for Simon and Max as they will celebrate the 10th anniversary of their musical partnership, which they will commemorate the event with a brand new album featuring exclusive remixes of their own hits by some of their favourite artists, coupled with a collection of their own remixes. Their infectious anthem 'Lola's Theme' will also reach the grand old age of 10, with a re-release planned, including a remix package. It was the ubiquitous track that really kick-started the duo's career, reaching #1 in the UK and becoming a hit across the globe. More success followed when they signed a succession of hit dance tracks to Defected, including the brilliant 'Treadstone' and their remake of Orbital's 'Chime'

Their ability to remain relevant stems from their staunch belief in staying true to their musical values and maintaining their integrity. "There's been a big change in the music, especially over the last six months," says Max, highlighting their slight displacement in the current climate. "It's either uber-commercial, like the Guetta sound, or it's uber-cool." Though one of the defining factors in The Shapeshifters' success has been their ability to straddle that difficult middle ground between the commercial and 'cooler' sound.

Tirelessly touring the globe has also helped to cement their popularity and is the fuel behind their lengthy careers. The Shapeshifters still very much enamoured with DJing, and citing the reactions of the crowds at their gigs as one of the key factors behind their enduring love for the music. Keeping the BPMs up and incorporating a range of styles and artists, from Maya Jane Coles through to Mark Knight, their DJ sets are aimed squarely at the dance floor.

Now, as their 10th anniversary looms, Max and Simon are curating their huge new commemorative LP. A double-disc affair featuring a collection of exclusive remixes from a variety of artists, including their close friend Frankie Knuckles (a man who they pinpoint as a guiding light), Laidback Luke, Wolfgang Gartner, Nic Fanciulli and Little Boots, plus a selection of their own remixes of acts including George Michael, Empire Of The Sun and Christina Aguilera. The collection will also include three brand new tracks, created just for the album, to give listeners an idea of what they can expect from the duo next.

With all of this, and plenty of remixes to get stuck into, 2013 is going to be one of the biggest years yet for The Shapeshifters and they're relishing the challenge. There's a renewed zeal emanating from the duo as they look to the future with a fresh approach, a new direction yet the same passion that launched them into the public eye in the first place. With all this in mind, you can be sure that they'll be celebrating another 10 years before you know it!!