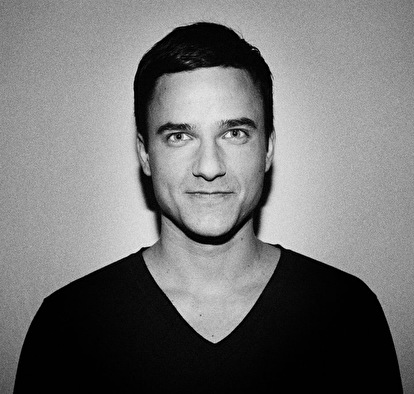 My recording career started in 1998 with Slusnik Luna's Nicklas Renqvist. 'Unity' was signed to british Steelfish label and found it's way to Gatecrasher and Renaissance compilations. Sasha and Oakenfold opened their Essential Mixes with it and Pete Tong played it on BBC Radio 1. Gigs with DJ Tiesto lead into signing to his Black Hole label while other releases include 'Embrace' on Five AM and 'Beautiful' on Sential (finnish national singles chart #1). Most famous colaborations include 'YearZero' together with Andy Moor, 'God's Garden' together with David West and 'Zeitgeist' with Solarstone. My remixes include Aalto's 'Rush' made together with Super8, Stage One remix made for Hooj Choons, Way Out West's 'Killa' and more recently a bootleg remix of Hans Zimmer's 'Time' from Inception soundtrack which Paul Oakenfold loved so much he did his own edit. In 2011 I released my third artist album "20" which also celebrates my twenty years of DJing.

As promoters we have come a very long way from the days of illegal warehouse raves. Together with my friends, we have run Club Unity for over ten years, promoted Renaissance's events in Helsinki and organized events called "Pacifique" for almost 3000 people in a water park. We have had fun at 16 hour Sunday clubbing sessions at DTM and have brought Jose Padilla to Finland. We have organised events on boats, in parks, on ice-skating rinks and even did one of Finland's first flash mobs: the infamous One Minute Raves. The longest set I've ever played was 23 hours on New Year's Day in 2010. To me electronic music and club culture has always been about open-mindness, unity amongst people and pushing the musical boundaries forward, whether it's ambient concert in a park or full on rave in warehouse. Uniting the sounds, the minds, the people…