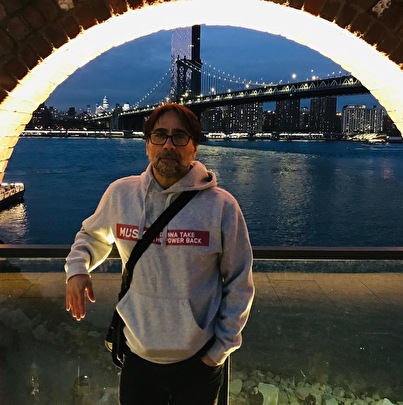 Lenny Dee Is A Native Of New York

Early on, Lenny worked at Skyline Studios (at the time home of Nile Rodgers), and at Arthur Baker's Shakedown Studio's on productions for New order, Brooklyn Funk Essentials, and Al Jarreau among others. At the end of the '80s, he attacked Europe with the then new sound of Techno and in 1991 launched Industrial Strength Records, a label that's included music from Carl Cox, Richie Hawtin, Laurent Garnier, Manu Le Malin, Cirilo, Zenith, John Selway, Daft Punk, Casper Pound, Unexist, DOA and many more.

Lenny's first residency was at the local roller disco Roll-A-Palace in Brooklyn NY at the age of 17 and he has DJed all over the world at most of the biggest parties including MayDay, Love Parade, Woodstock, Tribal Gathering, Helter Skelter, Rezerection, Energy, Thunderdome, the Jane's Addiction Reunion Tour & the list goes on.

Its no wonder Lenny was named Number One 'Hard DJ' by Mixmag, appeared on the DJ Mag Top 100 List and has twice been awarded the accolade of Best Worldwide Techno DJ by the Scottish Dance Music Awards & Frontpage Magazine. How are you doing? It was a great party.­
And your dj set was perfect.­ I had a realy good time.­ Wenn do i see you again, at the next party? And wenn's that?

Anyone who thinks he'll take Lenny out is just a dreamer

now i now hoe is the man behinD DEE SHIT

bulls eye an core an core

lenny is the crazy greatest! a

that girl that you like... she has a hard on

I don't know what I'm fucking sayiiing...
Is my Cubase going?
I don't think it is, it's fucking up like it always does...

harde shit from the USA

Moscow is waiting for the Father of Hardcore

Lenny Dee is takin' it out!!

Such a pleasure to dance to your Music!
Thanks for your great act at MOH 2012!
Where can I find this Set you played there?