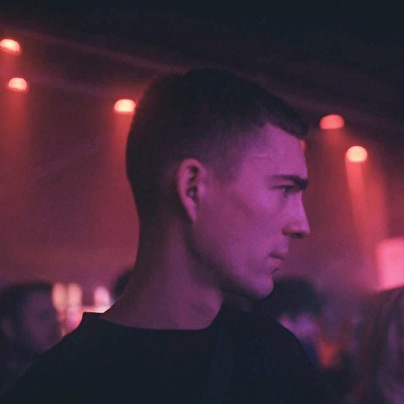 Thanks to the rich Belgian heritage Milo found out about club culture at a young age. Going to his first parties as a teenager opened his eyes to a whole new world with which he instantly passionately fell in love. Eventually he would be taking weekly trains to all the different cities scattered around Belgium to witness international house and techno DJs playing. Soon after, those trips would lead him to cities away from his home country such as Berlin and Amsterdam. It was in the thunderous halls of Berlin clubs, during endless nights, that Milo made up his mind: this is what he wanted to be a part of.

Milo never received any formal training and is driven by his passion to find out the technicalities of making and collecting music. While in college he had so much free time on his hands that he started to use it to learn production. With an urge to know how things function and the internet as his guide he started to make progress. A few years later he would graduate and decided to take a full year off to focus solely on making music and working meticulously towards finding his own voice. One year later he would release his first EP on vinyl on Lenske Records with a second and third EP on the label following soon after. Lenske Records became the perfect home base. At the same time Milo contributed music to different labels including Airod's Elyxir Records, Fabric Records and a Black Kawa$aki Ninja remix on his Low Life Club label.

Milo draws inspiration from a multitude of electronic sub genres and likes to contrast the old with the new. Throughout his sets you can expect 90s and contemporary techno. Because history matters – but so does the future. Other influences include rave, 90s trance and EBM. All of this connected with high energy and a willingness to surprise the dancefloor. Milo has been a resident of the Exhale party series since its inception in Belgium and he is now travelling through Europe to play in some of the continent's most influential clubs like ://about.blank Warehouse Elementenstraat, BLITZ and Rex Club. During his first festival season he made an appearance at OFFSónar, the 24-hour Exhale X Awakenings event for Amsterdam Dance Event and Extrema Outdoor.

Milo is now looking for new ways to develop his artistic output further so make sure to keep your eyes open to see where he goes next.