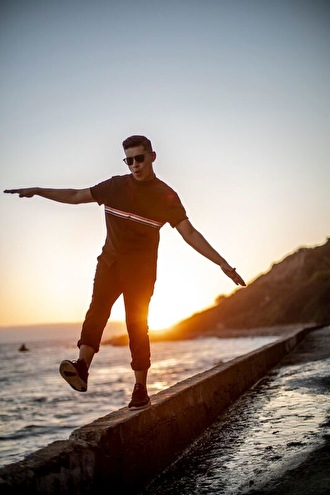 Encouraged by his father to start DJing alongside him at age 12, his passion for music began early on. He quickly graduated from spinning house parties to commanding the decks of main stages, beloved venues and nightclubs. He made no small entrance breaking into the scene, earning early support and recognition from house maven Kaskade and later opening for his Freaks of Nature Tour in 2012 which landed in prestigious venues like Los Angeles' Staples Center. In the following years, he debuted at Coachella's iconic Sahara Tent, completed a five-show run at the award-winning XS Nightclub and Encore Beach Club in Las Vegas, played to over 20,000 people at the massive Convention Center in Los Angeles, played North America's largest electronic music festival EDC Las Vegas, and went out with a bang in 2016 at a sold-out New Year's Eve show at the Bill Graham Civic Auditorium in San Francisco.

In 2017, Ravell returned to EDC Las Vegas and went back on the road with Kaskade for his Spring Fling tour. As the magnitude of his venues and audiences continue to progress, what remains the same is Ravell's love of bringing his positive energy to dance floors all around the world.

2017 has proven an especially impactful year for Ravell on the production end as well. Following his alluring releases 'Get Away' (Arkade Records) and 'That Body' (Insomniac.com), he went on to capture the hearts of Latin fanatics with a dynamic official remix of Enrique Iglesias' No. 1 global hit 'Duele El Corazon' and 'Subeme La Radio,' which were released on Sony Music International. His latest, 'Sunrise Riot' (Thrive Records) is a stunning, feel-good dance floor champion, also serving as a showcase of the vibrant sound Ravell brings out each and every time. His music has captured the attention of both fans and artists alike, receiving support from leading curators like Martin Garrix, Tiesto, Kaskade, Galantis, and more.

There's plenty more coming from Ravell in 2018. Hard at work in the studio, his upcoming outputs will explore inspirations and influences from his Latin roots. Beyond production, he'll remain on the road, ticking off cities and new venues and bringing his bright, electrifying sound to dance floors around the world.